The Best and Worst Dressed of Oscars 2017

Oscars 2107... well, someone at PricewaterhouseCoopers is packing a cardboard box right now. But hey, we actually got something interesting to watch after hours of snooze fest.
The red carpet was a snooze fest too. I might have to start a Boring category (but then it would be everyone). Below are rather slim pickings: 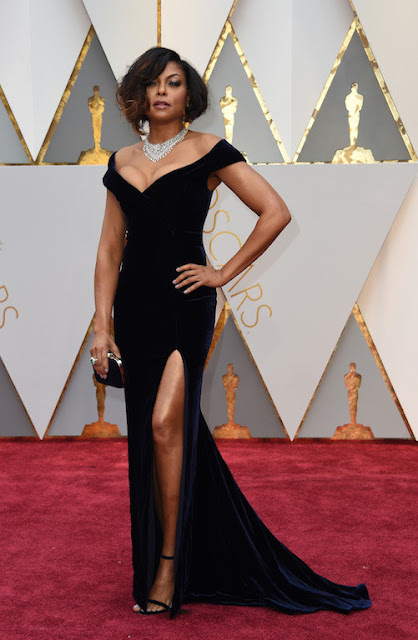 Taraji P. Henson in Alberta Ferreti. In a very fluid navy velvet. Hollywood glamor, hands down. My top favorite of the night. 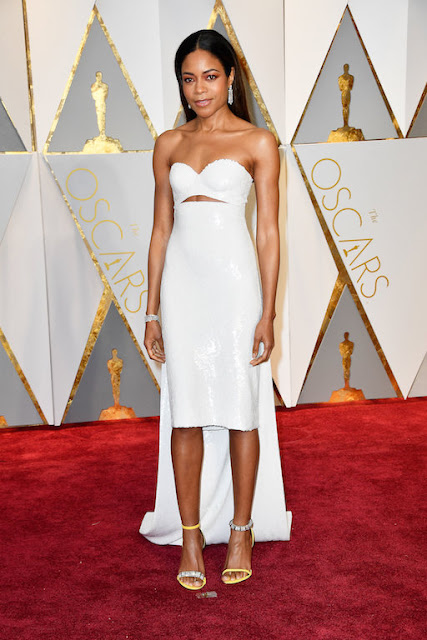 Naomie Harris in Calvin Klein by Appointment (as opposed to what, no appointment?) First Oscars under the helm of Raf Simons and he did not disappoint. Calvin Klein suits him better, he did not do well at Dior. 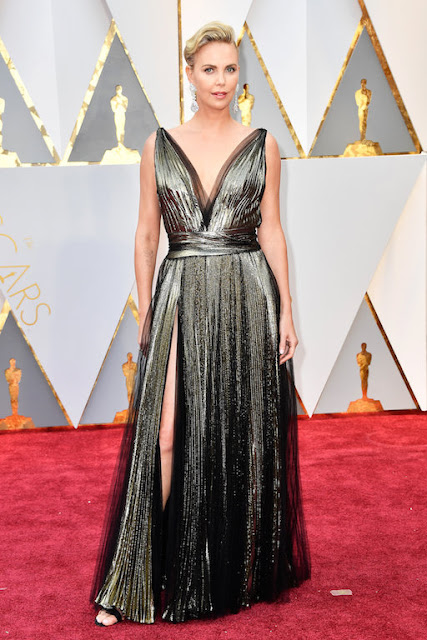 Charlize Theron in Christian Dior, of course. When does she NOT look good? And she knows how to do the leg in an understated way. Bravo. Note the Chopard earrings, huge stunners (and mismatched due to the cuts of the enormous stones) 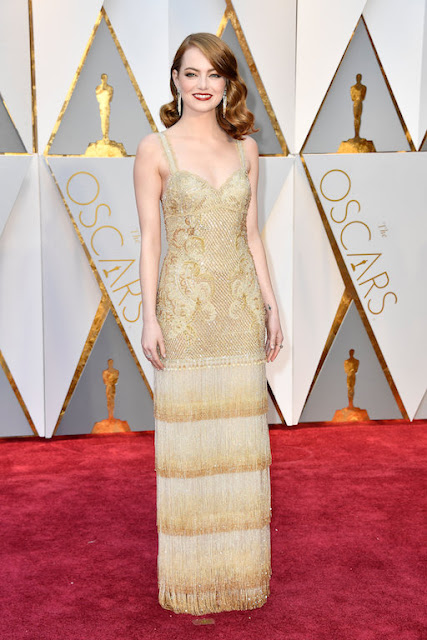 Emma Stone in Givenchy Haute Couture and Tiffany & Co. jewels. Dancing dress for a dancing movie, gold for golden statue she danced away with. True Movie Star head to toe. If only those so-called red carpet "reporters" will stop asking about her PPT presentation... 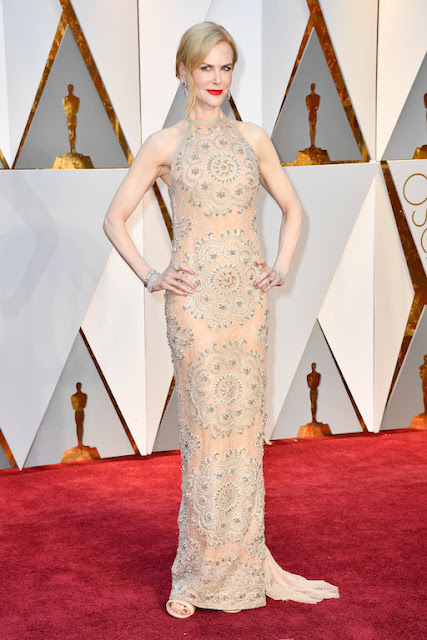 Nicole Kidman in Armani Privé. She redeemed herself for the bad nude of the Golden Globes. Or changed stylists. Either way this is a win. She was also covered in 119 carats of Harry Winston diamonds. Wonder what her bodyguards wore... 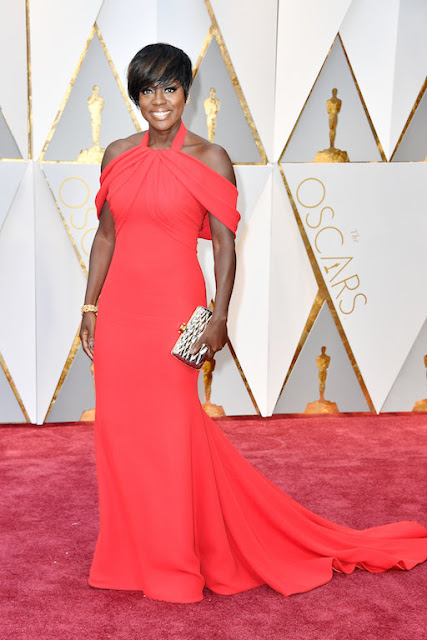 Viola Davis in Armani. Can't go wrong with red and an elegant column. Viola always looks good on the red carpet and she knows what to show off (shoulders) and what to cover up (upper arms). 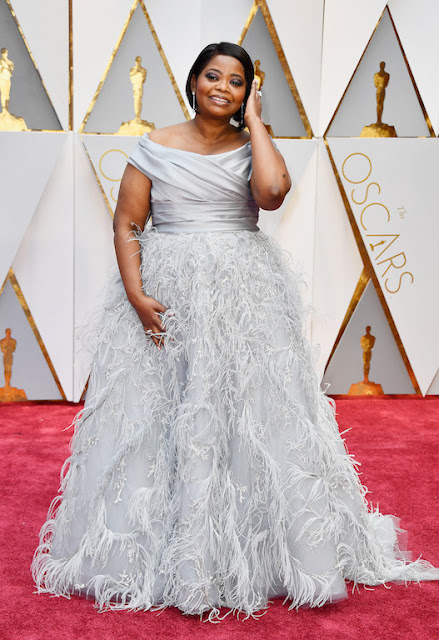 Octavia Spencer in Marchesa. Love the color, the neckline, and it's just enough feathers to make the full skirt light and airy without looking like a feather duster. 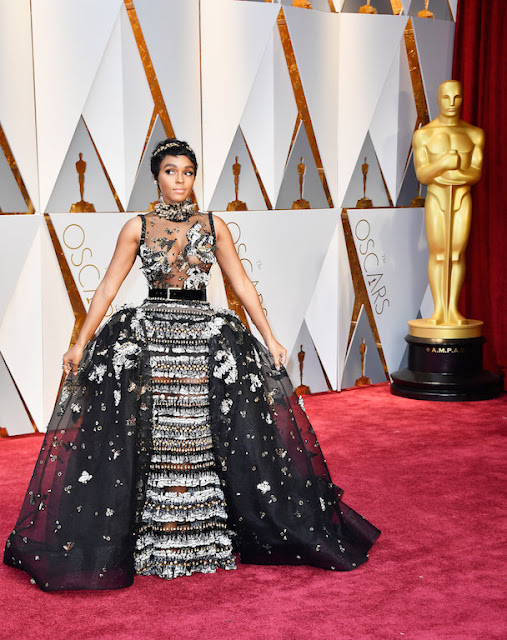 Janelle Monáe in Elie Saab Couture. Couture this ain't. Let's see: we've got transparent, we've got sequins birds (or something looking like birds), we've even got a turtleneck. Reminds me of a Queen Elizabeth portrait. You know which one I'm talking about. It's worth noting that this disaster is the same designer (and the same silhouette) that put Jessica Biel on Best Dressed list at the Globes. As if Janelle said "I want the Biel dress but Janelle it!" Janelle, darling, stick to beehive hair and a pantsuit. You're two for two here. 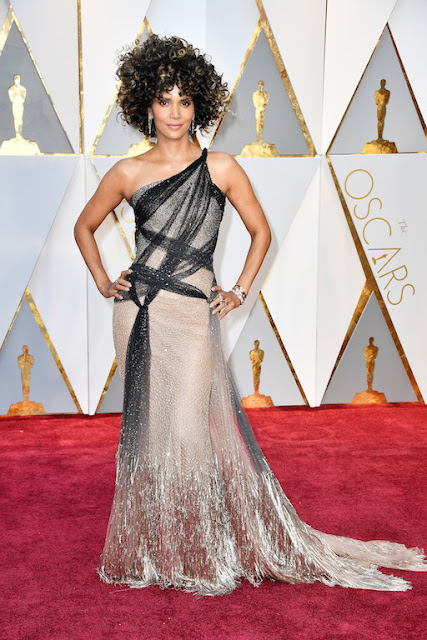 Halle Berry in Atelier Versace. Her hair had to ride in a separate car. And I feel bad for anyone that sat behind her, they missed the entire show. I'm happy she's finally moved past the short hair, but from one extreme to the other... And the dress... somewhere underneath all that is a very nice figure. But then Donatella is so over-injected with Botox, she clearly can't see what she's designing anymore. 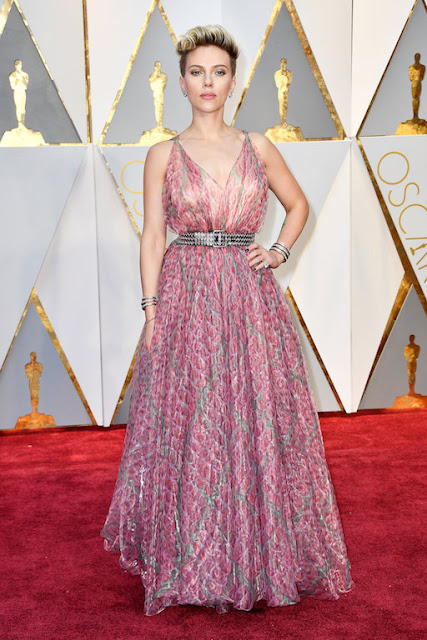 Scarlett Johansson in Azzedine Alaïa. By all means, wear something that adds 10 lbs to the Oscars. And is that a pink alligator print? Oh Scarlett... "But it's an Alaïa!" 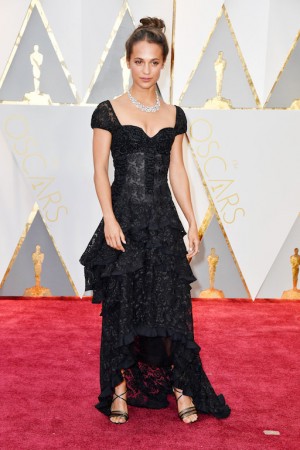 Alicia Vikander in Louis Vuitton. She has sat out the entire awards season only to finally emerge in this. Looks like a reject from a costume department of Westworld. Dear Louis, please stick to what you do best - bags. 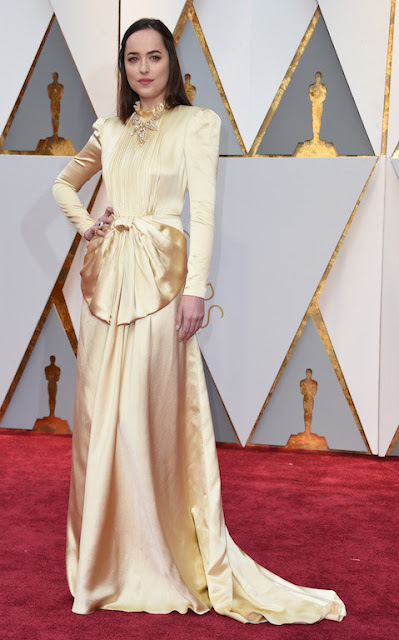 Dakota Johnson in a Victorian apron (aka Gucci). And her hairdresser did not show up. Reminded me that I missed an episode of "Victoria" on PBS last night.

It's be all quiet on the Western front until the first Monday in May, when the select view attempt to climb up the never-ending staircase of The Met and pretend to appreciate art at a $1,000 a plate.
Newer Post Older Post Home