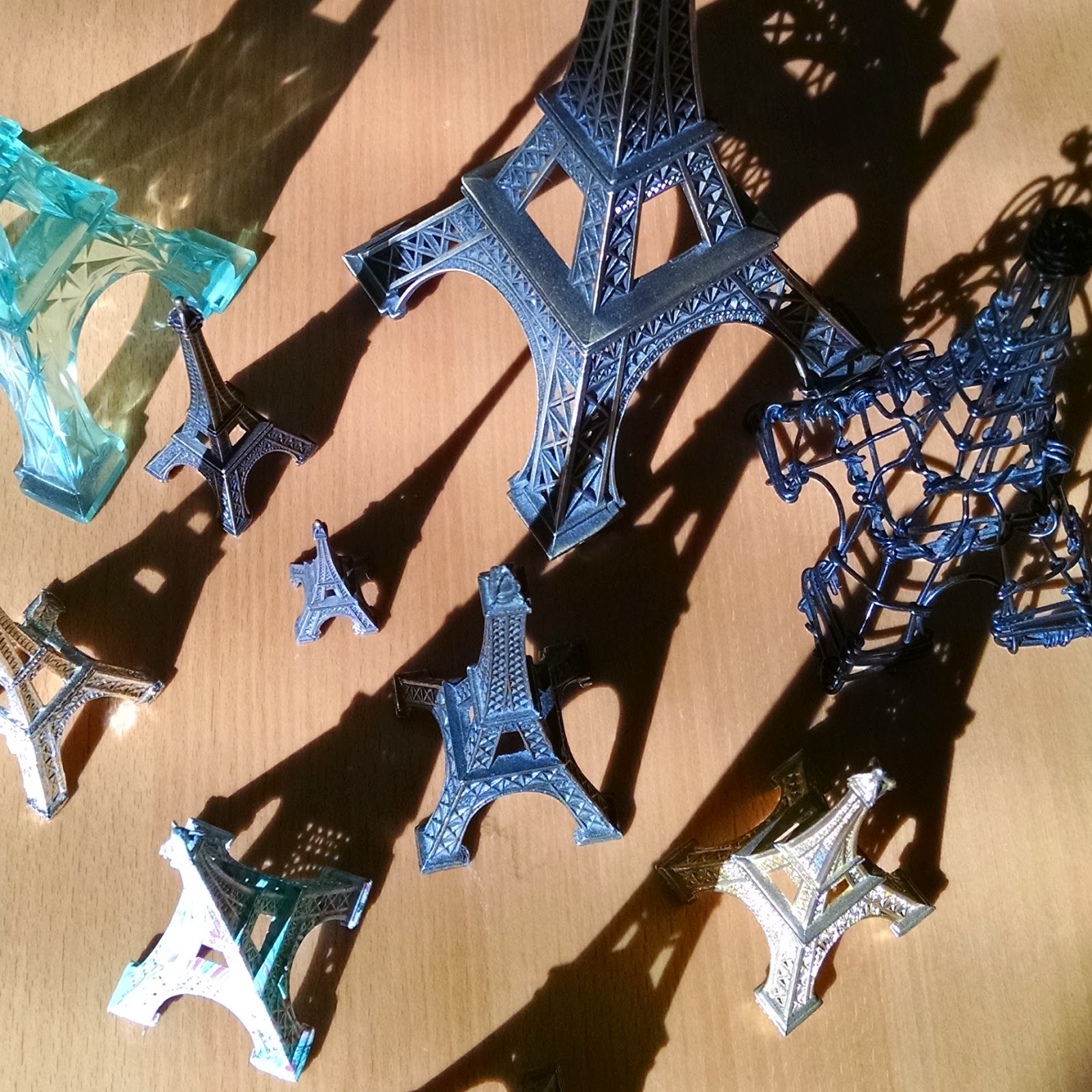 I visited Paris twice. The first time I was a college student, my parents bought me a ticket after a bad breakup. It was their way of getting my mind off the breakup and on to something interesting. It worked, only by the time the trip came up I already had a new boyfriend.

I went with a friend, she was much younger than me but that did not stop us from ordering wine with oysters at dinner. We felt very sophisticated and Parisian, sitting in a tiny restaurant eating plates of tiny oysters and drinking a glass of wine. We walked everywhere, the city is quite easy to navigate on foot thanks to Eiffel Tower that one can use as a guiding beacon. We climbed to the first level of Eiffel Tower (stairs all the way), discovering in the process that both were afraid of heights. The trip down was a very slow one, clutching each other in a death grip. I opted for Musee D’Orsay instead of the Louvre, and found Degas pastels are rather quite small and are kept in a very dark room. Studying them previously in art history, I just assumed that they were much bigger, and the discovery of their actual size was a disappointing moment. But I got over it eventually. I loved the museum overall, it’s an old railway station and best part is to just sit on a bench and take in the entire space – it is breathtaking.

I discovered my passion for interior design on that trip. The credit really should go to a Sorbonne student that lived in our hostel (it was next to Sorbonne and some students lived there full time). Her room was on the same floor as ours, and I was able to briefly peek inside one day. The little hostel room was decorated with framed (yes, framed) posters, bright textiles, and there was not a plastic milk crate insight. I was floored – this was a student’s room? Of course I had to redecorate my dorm room (frames and all) as soon as I returned stateside. And I have not stopped ever since.

My second trip to Paris was with my husband (see “new boyfriend” above). We went in February. First we spent a couple of days in London, then took Eurostar to Paris (make sure you bring both British Pounds and Euros with you, the restaurant switches currencies when you cross the border while in the Chunnel). Even though it’s been several years between my visits, the city felt instantly familiar. I was able to navigate through it with ease, all the streets came back to me. It felt like home. This time we did visit the Louvre, even saw the Mona Lisa (also a lot smaller than imagined, and encased in bulletproof and UV-proof glass so you can’t see that much of her). We walked around the city with a baguette in our hands, just watching Parisian life.  We never stayed out late to see the Parisian lights, we were too tired from all the walking. It drizzled the entire time we were there, but it was warm, so it wasn’t too bad. We discovered a tiny and absolutely charming restaurant, we don’t remember the name but pretty sure we can find it again if we just retrace our steps. It was so tiny that the kitchen was downstairs and they used a dumbwaiter to bring up the food, and you really got to know your fellow diners. But that’s a post all on its own, perhaps next time.

I find the French welcoming, friendly, funny, a bit forward, quirky, rightfully set in their ways, and always chic. From the moment I got off the plane the first time, Paris felt like home. I cannot wait to return and share it with Danny, I’m sure he’ll fall in love as much as I have.