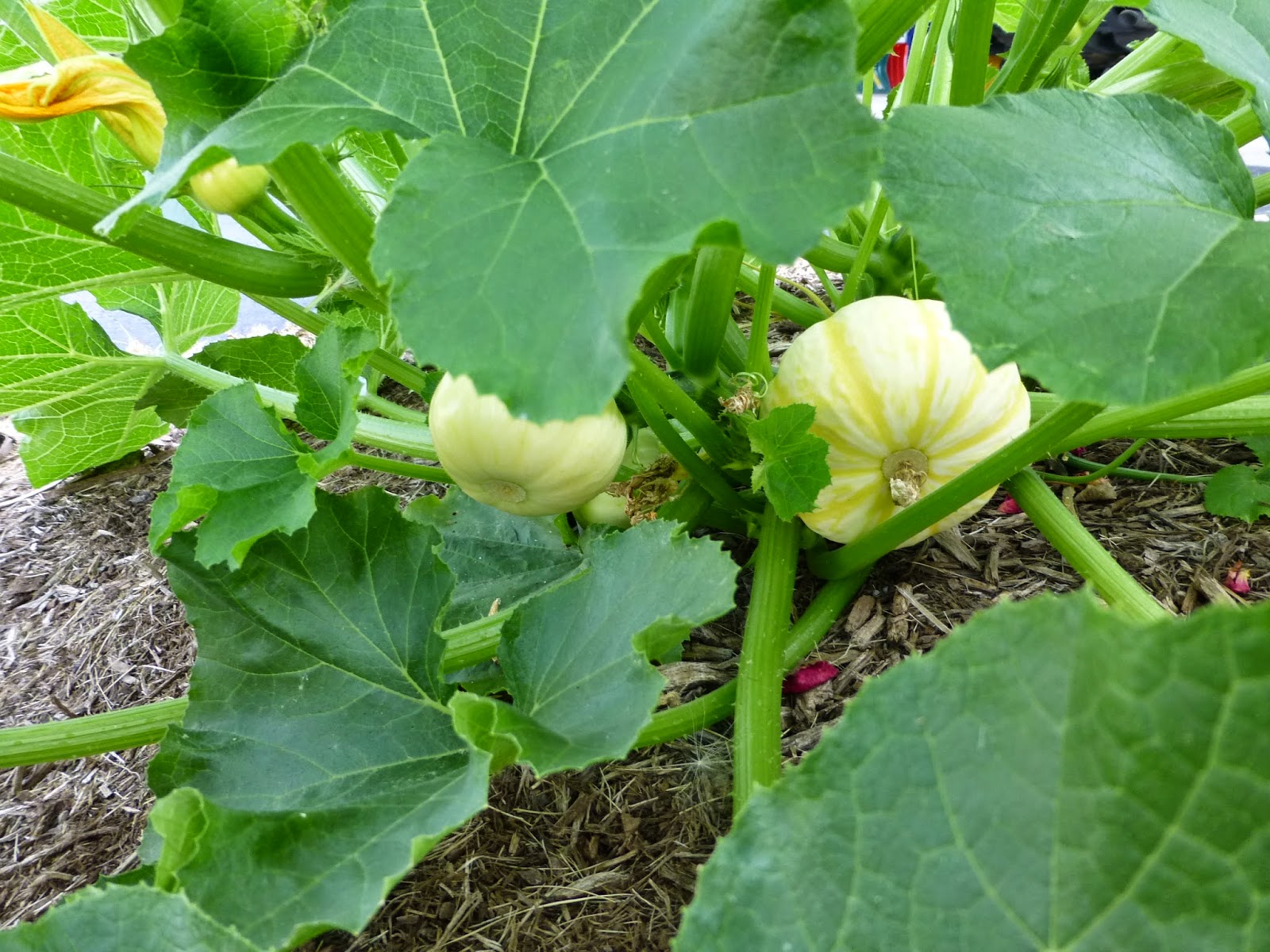 What do you do with perfectly good pumpkins left over after Halloween? I leave them outside for animals to eat, hoping for magic pumpkins to appear in odd places in the spring. Two years ago I put out a large orange one by the garden, but no one ate it. Last year I had little white ones, but the winter came so early I just dumped them in the flower beds by the garage and they sat there covered in four feet of snow for the next five months. When the snow finally melted and I saw them again they looked like they exploded from inside out. However, a couple of months later, even after we spread new mulch over the pumpkin carcases, little shoots appeared in strange places. I wasn't sure what they were, the leaves did not look like a pumpkin (they were round), but I decided to keep them and see what happens. When we got back from Florida, we were greeted by huge flowering pumpkin plants in our rose bushes. And yes, the pumpkins are white. There are no long arms stretching in all directions for this variety, there is just a short sturdy stem with pumpkins developing close to the center. I have one growing right inside the rose bush, so far the rose is winning. Looks like I picked a good spot to dump the old pumpkins, I will do the same this fall and then wait and see. 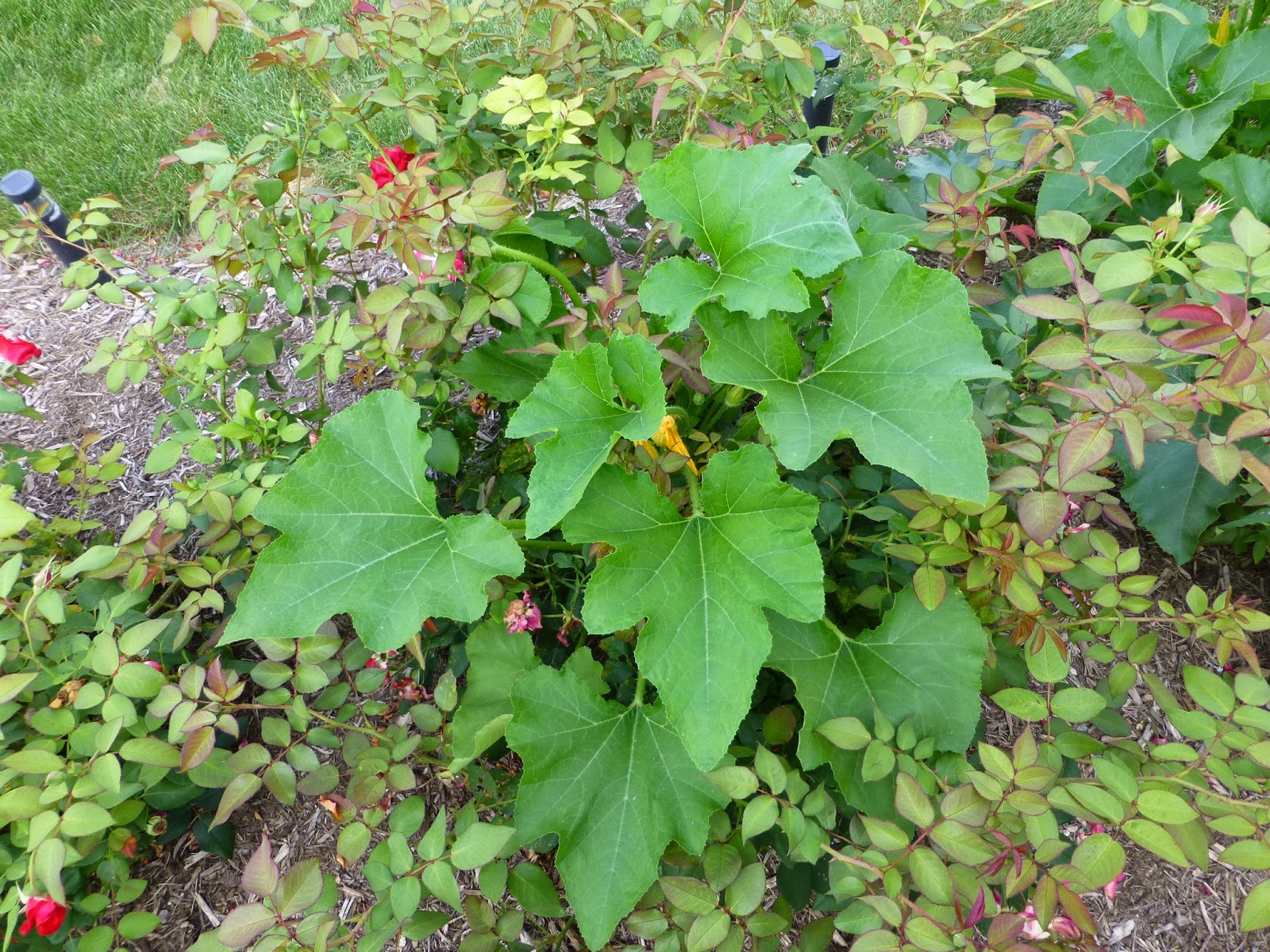